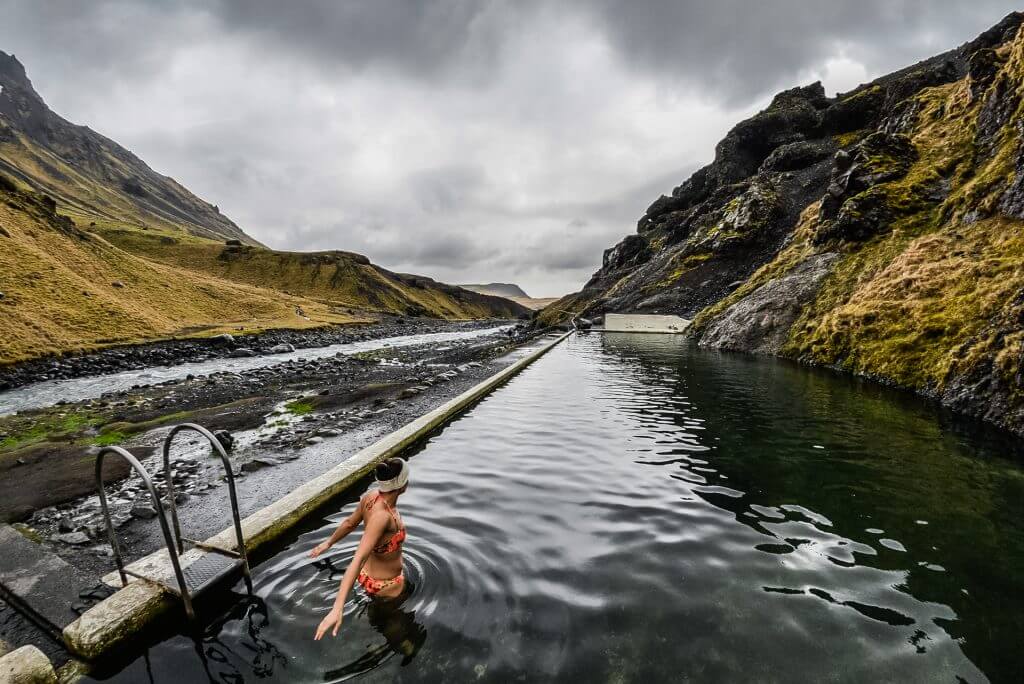 01 Jul Poo on the moss – why Icelanders hate tourists

Posted at 13:39h in Iceland, Responsible tourism by Kuba 2 Comments
0 Likes
Share
“No human waste” – a sign with a defecating guy was a bestseller among Iceland farmers in 2016.  No shit.
While travelling around Iceland we encountered more of such plaques. “No camping”, “no trespassing”, “no overnight stay”, “no drones”, and “no bathing” at some hot springs. It was supposed to be the land of freedom, yet it seems everything is prohibited.

While reading Icelandic newspapers and blogs, the first thing that comes to mind is complaining about rude tourists. A well-known writer complains that he can not sit in his favourite cafe, because all the tables are occupied by a crowd of enthusiasts from Europe. “All dressed up as if they were going to conquer Mt. Everest, even though it’s the centre of Reykjavik” – irritates local stylist Helga, who thinks it’s a capital, for God’s sake! You should dress properly. From dozens of interviews at hostels, gas stations, tourist information, on trails, the press and the internet, I collected the top 10* things that locals hate. Let’s all be nice visitors and don’t piss off them even more. All in all, they’re the descendants of Vikings. England football team knows best what they can do when they’re angry. 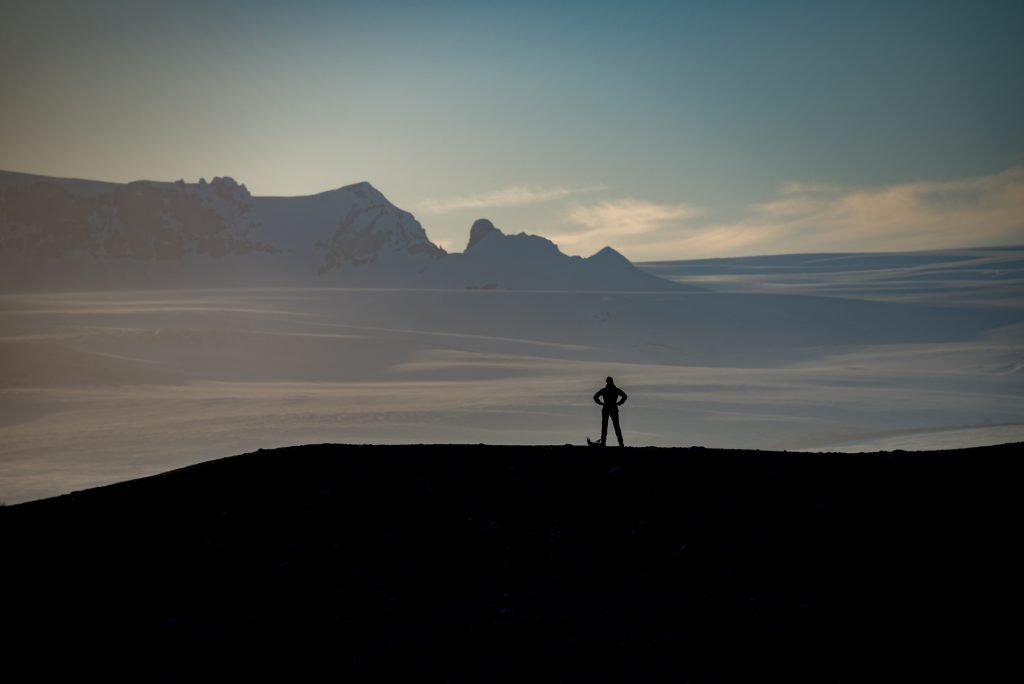 Tourists can’t drive, especially on off-road roads, which are basically all roads outside of the ring around the island. They drive too fast (difficult to reconcile with the limit of 90 km / h), especially if you are aware that there are probably a dozen patrol cars in the whole country, most of which are in Reykjavik. Their cars are blown off the road, they hit sheeps, not to mention regular accidents. DON’T HIT THE SHIP AND RIDE! CALL THE POLICE, OR FARMER! In winter, the northern breeze is an additional problem. Icelander pays little attention to the sky above, but tourist is ready to chase auroras for hundreds of kilometers. And there would be no harm in doing so if they looked at the road, not the sky. So the Icelandic police officially warns against northern lights causing accidents. Or rather idiots who cant just park in a safe place to admire this really unusual phenomenon. DON’T  WATCH AURORA AND DRIVE!

Tourists have physiological needs. Icelanders are really able to understand that, but apparently not the government, because the number of toilets doesn’t match even a fraction of the number of those defecating “in nature”. It’s true that mobile toilets don’t soak in well in the epic landscape, but they’re probably better than the shit on the moss and toilet paper fluttering around. You can’t bury it – and even if you could-  you would destroy the holy moss. NO SHITTING IN NATURE! 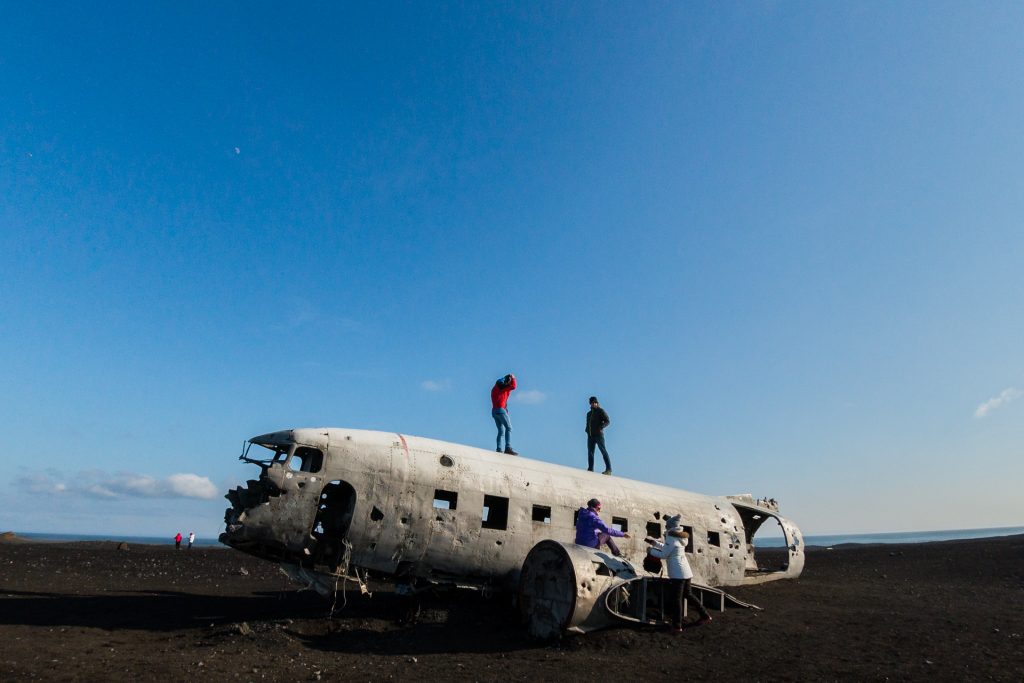 Tourists do not respect the sacred moss. In Iceland there are not too many trees, so the locals must be satisfied with moss, which, with the lack of more impressive plants, is treated with honour. One of the first horrible stories they told us in Reykjavik tourist information was about a bunch of douches who ripped up large amounts of moss in order to insulate their tents better… This aroused widespread disgust throughout the country, and moss offenders got severe penalties. Moss is growing slowly, it dies fast. “There’s no moss like ours anywhere in the world” they say. All in all, it is right, the moss is exceptionally spectacular, but it is very delicate and susceptible to destruction. In addition, it prevents erosion of the soil and provides a nice green look, appreciated in sometimes very postapocalyptic landscape. NO WALKING ON THE MOSS! Different story? Here you go. Some eco-freak read that if there is no way to bury the heaps and paper, it’s better to burn them. Poor fellow did not predict that dry moss is highly flammable. Unfortunately for the human species the culprit survived, but he was held responsible for burning a few acres of sacred moss. Burning shit works great at the steppes of Central Asia, but not  here. NO SHIT BURNING! The Icelanders also appreciate the grass as there is not much of it, but the moss grows everywhere. A few days ago a fence was under the fence under the Skógafoss waterfall, to protect the grass destroyed by thousands of foots.

Justin Bieber is hated here, as on his video “Cold Water” shot in Iceland, he and his team of dancers not only walked, but even jumped on holy moss! I never liked the guy, and there are no boobs on the video, which completely discredited it in eyes. Better watch some good, old Bjork among volcanos, magma, and all that tectonic stuff. 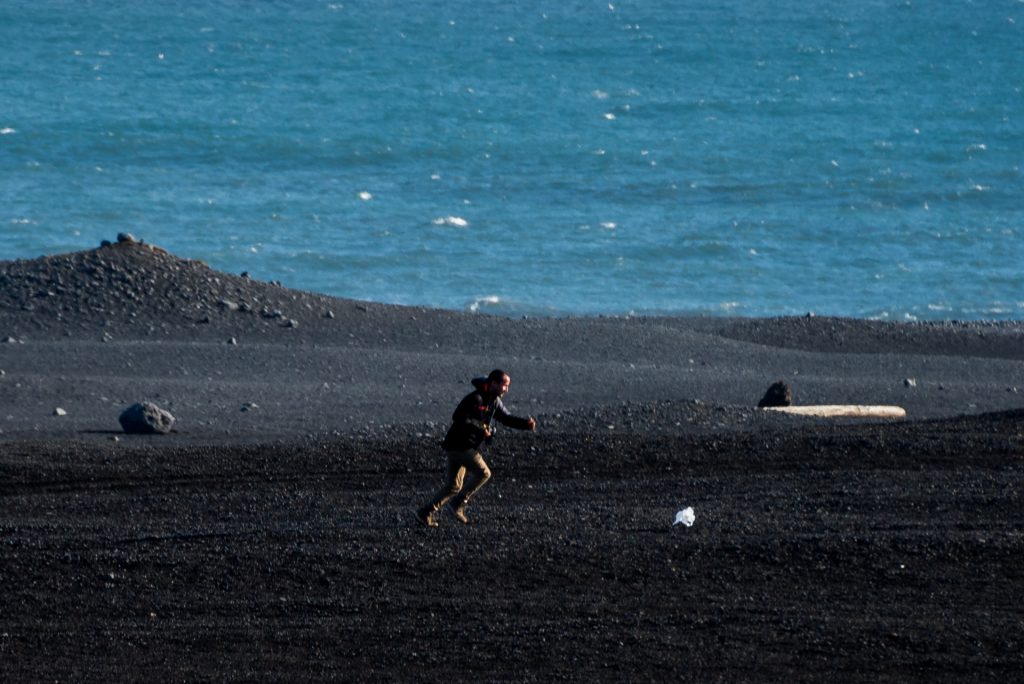 Tourists feed swans on the lake near the town hall in Reykiavik. There would be no harm in this if bread crunches wouldn’t also attract predatory seagulls, which then pick up duck eggs. DON’T FEED BIRDS! If not birds, than maybe horses? Nope. Tourists feed them with all the junk food and poor beasts have gastric problems. And they’re afraid of drones, by the way. STAY AWAY FROM HORSES!
Tourists throw things into the geysers.  The Icelanders consider throwing coins into geysers to be plain littering and suggest that you can give that pennys to the poor. Worse, as someone would throw in soap or another bubbleBut visitors are creative, they sometimes want to see geysers with soap foam. Who wouldn’t like to see that? But worst of all are artists, such as Marco Evaristti, who threw colorful paint into Stokkur geyser. The photos of “articstic act” went great and Marco quickly escaped from the island, avoiding a high fine. NO LITTERING!
Tourists sleep where they want. They don’t care about no camping signs, not speaking of “no overnight stay” if they’re with campers. I suppose locals could live with tat, but it’s more serious. Until recently almost all the churches on the island (and there are over 350 of them) were open 24/7. Not anymore, my friend. Those, nice, clean structures just ask to be inhabited for night, don’t they? So they closed the churches. The imagination of the tourist does not know the boundaries, however. Recently an old Dutch decided to set up a base camp in the country library. The librarian caught her while cooking noodles on a tourist cookbook between pieces of  Iceland’s literature heritage. HMM … DON’T COOK MEALS IN THE LIBRARY?
Tourists walk the flocks and one can no longer enjoy peace and beauty of nature. Watching even the most spectacular waterfall in the crowd doesn’t give you a fraction of joy when you have the feeling that you have it just for yourself. If this crowd is occupied mainly by shooting selfies on an epic background (without paying too much attention to the background itself), then you just want to escape. And unfortunately many local chose this strategy, claiming that they “lost” their beloved childhood places. 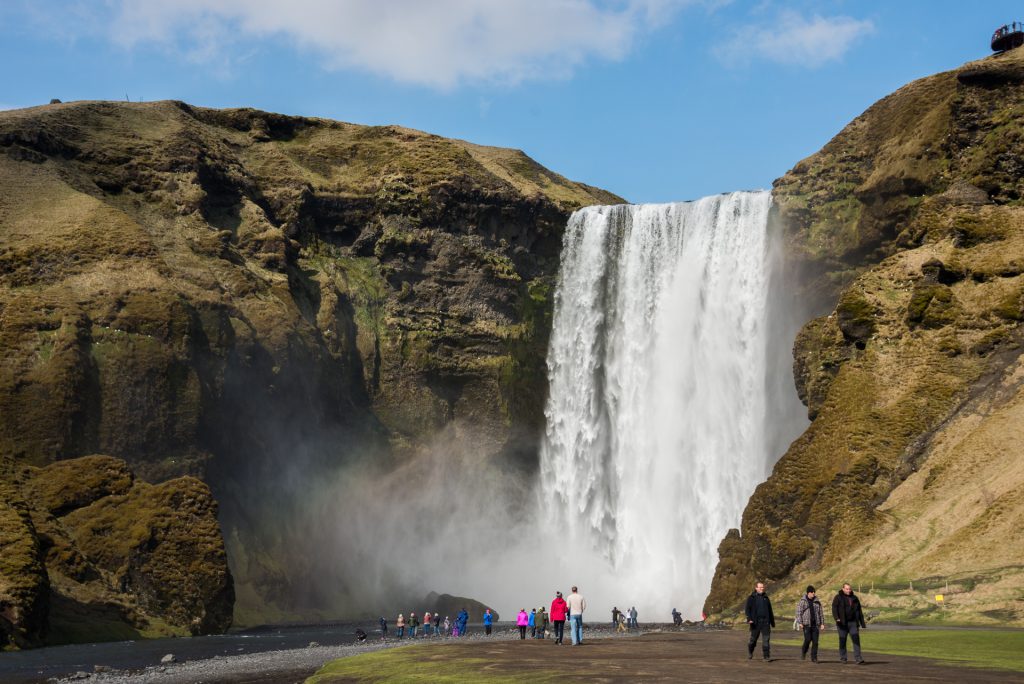 Tourists give tips. Hmm, well, it may not actually annoy locals, but it causes confusion, as a few years ago this habit was unknown. What now? Since strangers give, should we also tip for those scandalously expensive meals? Why are they introducing their habits here? Today’s tips, tomorrow’s mosques!Waiters do not complain, however.
Last but not least, tourists die. It is not such a big deal of course, many more brand new ones will come, but the Icelanders haven’t completely lost their positive attitude towards others yet, and are constantly trying to save those dumbs who endanger their lives (and not just their own). Tourists are washed away by treacherous waves, especially on the popular and inexplicably considered as “stunningly beautiful” Reynisfjara beach near Vik. They get burns in hot springs, though there are warning signs “Warning, hot!”, Like on cups at McDonald’s (I’m waiting for some slyboots to sue the geyser). They fall off the cliffs because they go behind the railing. They are blown off on the road, which is closed due to the strong wind. They are jumping on the floating ice in the Jökulsárlón lagoon, and are surprised when the strong current takes them to the open ocean. They intoxicate with volcanic gases. They fall into the crevasses on the glacier. The list is long and limited only by imagination, pardon, lack of imagination of tourists. DON’T JUMP ON THE ICE, GO BEHIND RAILINGS, DRIVE CLOSED ROADS, BREATHE DEEPLY THAT NICE VOLCANIC AIR… ETC.
The Icelanders have prepared for us, stupid tourists, so-called “travel academy”. Look, it’s worth it. I chose a movie with a pretty girl, cause all other instructors seem to be old, rather unattractive guys.
If you liked this article, please, PLEASE comment! I only started with Eglish version of the blog and would love to get feedback from each of you! 🙂